“Your Second Life? Goodwill and the Performativity of Intellectual Property in Online Digital Gaming”

“Your Second Life? Goodwill and the Performativity of Intellectual Property in Online Digital Gaming” 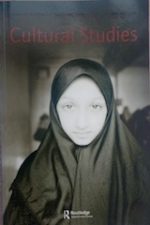 “Your Second Life? Goodwill and the Performativity of Intellectual Property in Online Digital Gaming” (with Andrew Herman and Lewis Kaye). Cultural Studies 20 (2&3): 184-210.

Abstract: This article examines the performativity of intellectual property in digital gaming environments, with a focus on Massively Multi-Player On Line Games (MMOGs). The analysis centers on the creation and management of goodwill, an intangible asset of considerable value to corporations based on affective bonds between consumers, corporations, and their commodities in the marketplace. Most critical analyses of intellectual property consider neither the centrality of goodwill to corporate management of their intellectual properties in digital environments, nor the significance of the legal conditions that structure activity in such contexts. We develop a theoretical framework based on cultures of circulation involving network sociality, circuits of interactivity and the extensibility of the computer/user interface. This enables us to better understand shifting relations of power and reciprocity between corporations and consumers in digital gaming contexts, where the division between player-consumption and player-production is increasingly blurred. Technological capacities for consumers to become producers of gaming content changes the terrain upon which conflicts between corporations and consumers about intellectual property are negotiated and enhances the value of goodwill. An examination of Linden Lab’s Second Life – one of the fastest growing MMOGs and the first to affirm players’ intellectual property rights in their digital creations – provides an illustration of both the limits and possibilities afforded by goodwill as a form of emerging governance in game worlds.