“Rhetorical Virtues: Property, Speech and the Commons on the world-wide Web”

“Rhetorical Virtues: Property, Speech and the Commons on the world-wide Web” 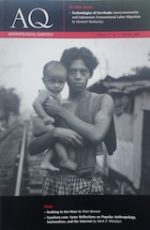 “Rhetorical Virtues: Property, Speech and the Commons on the World-Wide Web” (with Andrew Herman). Anthropology Quarterly 77: 559-574.

Abstract: It is useful to coin a neologism, combining meme with ecumene to produce ecumeme. The ecumeme, in other words, is the global market place of exchange where corporations (legally constituted as individual persons) and persons constituted as individuated consumers, are well-positioned to exercise their potential desire to buy and sell. Intellectual property law provides the principal rhetorical means by which this territory is invoked. The dominant ecumeme, as established by US legislation, the TRIPs agreement, and various bilateral trade agreements, has structured the world of cultural production in cyberspace as one governed by a rigid corporation/consumer binary. An alternative ecumeme, as put forth by American critical legal scholars and movements such as “Copy Left,” provides an alternative based on privileging Romanticized notions of “commons” rather than “enclosure.” We critique this alternative for its propensity to assume the ecumeme’s identity and its mode of governmentality by highlighting the digital debate around cultural property and corporate propriety between Lego Corporation and Maori community activists.